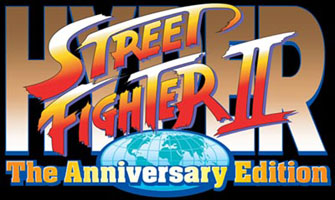 Differences from other Street Fighter versions

-Several glitches like the ST versions of Ken, Dhalsim and Sagat being unable to do reversal supers have been corrected.

-"In CE and SSF2, the recovery time of the Tiger Shots is fixed, but in ST (and for some reason in HF, also), it is determined by the normal that was done just before the Tiger Shot. In other words, you can shorten the length of the Tiger Shotâs recovery time by kara canceling a Jab or Short. In AE, it is unclear if this was corrected for HF Sagat, but for ST Sagat (both the altered ST and original ST versions), it depends on the strength of the previous High Tiger Shot. (Tested on the PS2 version.)" --From NKI's frame data on his site

-Holding start when selecting Super or Super Turbo mode brings out the original arcade version of that character. Notable examples are Chun Li and Honda who cannot store their supers and Ochio Throw (Honda only) without choosing them this way.

-Super Sagat's low tigershots have a 45 frame recovery instead of the 37 frame recovery they had in ST, CapKore version of the game addresses this issue giving O.Sagat it's old lower frame count recovery.

The notation in this section follows the standards notation found through out the guide. Details are on the Notation page of this guide.