The King of Fighters 2002: Unlimited Match

In 2009 SNK Playmore reworked KOF '02 and transformed the previous Eolith psuedo-mess into a work of art. With 58 characters, reworked game speed, complete overhauls for existing characters, plus a slick aesthetic makeover, KOF '02 UM is the definitive King of Fighters. While XI offers extreme speed and switching and '98 UM revitalized Extra mode and side steps, KOF '02 UM brings an enormous roster and fun mechanics that keep the game fast, frequently weaving between pressing offense and solid defense.

Primary Note: These numbers can be easily referenced by looking at your keyboard numpad. Think of it as a joystick/controller that is facing to the right. "5" is used to signify "neutral".

It's important to know the height of each character's hitbox because not all normals/special moves will connect on all crouching opponents. Generally the hit box heights can be put into four groups - tiny, low, medium, high. In almost all cases, if a move whiffs against someone that is in the low hit box group, it will whiff against all other characters in the low group.

Note that in the context of characters' move sets, there are attacks that work on some or most of a height class while there are other attacks that strictly follow the height classification in regards to if the attack connects or not. There could be nuances such as medium-high or low-medium height classes because of the inconsistencies and this doesn't even include the width of a crouching character's hit box and how that factors in how other characters' attacks connect with the said hit box. The above classifications are still just qualitative measurements made to help discern whether or not attacks will hit certain characters based on generalizations. 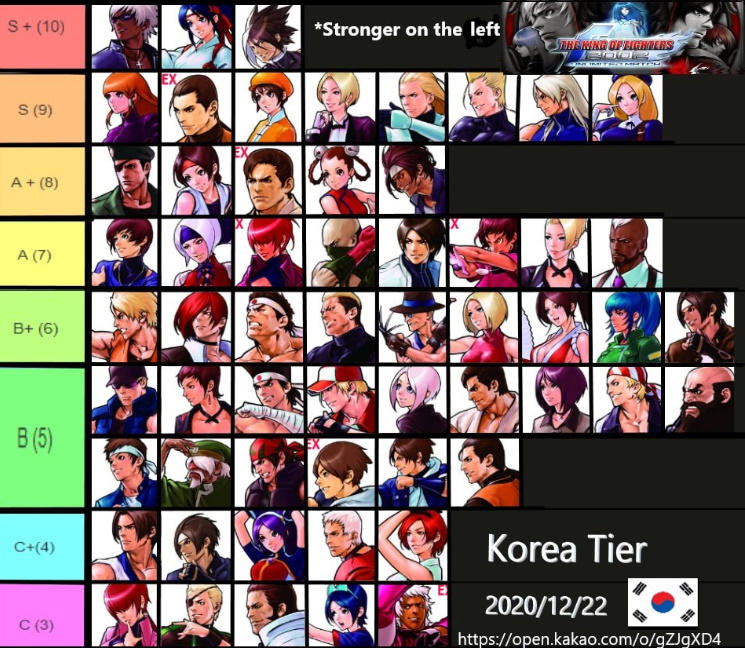 The King of Fighters 2002: Unlimited Match
Retrieved from "https://srk.shib.live/index.php?title=The_King_of_Fighters_2002:_Unlimited_Match&oldid=169898"
Category: