Marvel vs Capcom 2 (a.k.a. "MvC2") was released in the year 2000 by Capcom. It was the last Marvel entry in the popular Capcom's Versus Series until Marvel vs Capcom 3 was released over 10 years later. MvC2 featured 3 on 3 battles instead of the standard 2 on 2 gameplay of the previous Versus games and has been widely played at fighting game tournaments world wide. 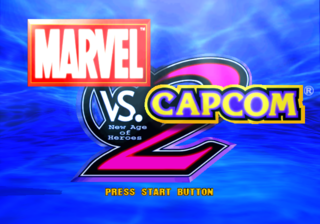