Note: You can Quickrise after getting hit by a sweep (

for Hina and Shimo), but you cannot use a Delayed Wakeup.

After you select your character, you can choose from one of that character's two Super moves. No matter which super you select, you still have access to both supers. Selecting a super powers up that super by giving it an additional 20% damage. There are a few exceptions, however: 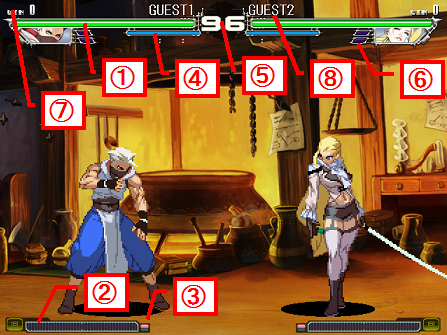