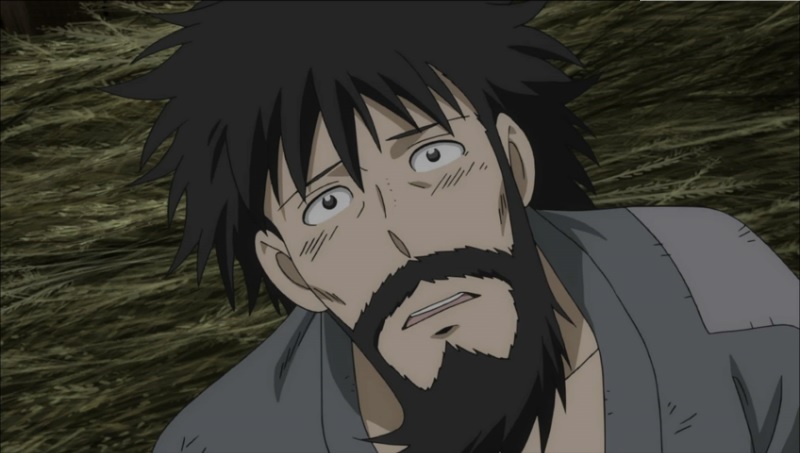 After losing a few bets with the Yakuza, Saisyu becomes an alcoholic and has to go into hiding. He then becomes a Getbacker, living day to day doing oddjobs trying to bring a smile to the faces of those who have lost theirs.

Saisyu is a zoning/pressure/raw damage character. He lacks the options/normals of Iori or '95 Kyo, but he still has some great tools specific to him. His main weakness is the lack of fast short hop anti-airs and mid/long-range pokes. He is lighter on execution than most characters, the hardest things he has are f+A to super or cr.B,cr.A to dp. He is a great character for a beginner.

D throw preferred, not only because of back turned wakeups, but because it takes longer for the blue grab 'effect' to appear, making it a bit harder to break on reaction.

if your health is red, just go for cr.B, abc, cl.C, f+A, qcf,qcf+A. cause max version of qcb,hcf+P wont fully hit in air thus deals less damage. though you can get dp+C follow up in corner, and it does more damage than earlier combo. so consider about it.

Always combo into super when you get a chance!

After you land the Flame Uppers, you can do either A Dragon Punch (dp+A) is you are close or a superjump B for a reset. Though personally, I think that move is useless when the Slam Kick does more damage and gives you un-rollable wakeups.

Note that generally, close C (1 hit) into f+A is your best bet. Close C (2 hits) by itself is easier to buffer motions from, but the 2nd hit whiffs if your opponent is back turned + crouching. You can still use close C by itself, just be aware when things have the potential to hit back turned (ie after a crossup, certain knockdowns, etc.). Close C (2 hits) into f+A will only connect if you are very close, but does connect from a jump-in if you perform the jump-in early/close enough.

Crouching B links into close C, although it is much harder now.

The King of Fighters '98: Ultimate Match
Retrieved from "https://srk.shib.live/index.php?title=The_King_of_Fighters_%2798:_Ultimate_Match/Saisyu_Kusanagi&oldid=156187"
Categories: