Fatal Fury Special is the updated version of Fatal Fury 2 for the Neo Geo MVS (Arcade), and Neo Geo AES (Home Console). Notable changes to the game include faster gameplay and a combo system. All characters from Fatal Fury 2 return, with bosses Billy Kane, Axel Hawk, Laurence Blood, and Wolfgang Krauser now playable. Duck King, Tung Fu Rue, and Geese Howard from the original Fatal Fury are also added to the roster, with Geese acting as a sub-boss to Krauser. Ryo Sakazaki, the main character from Art of Fighting, appears as a secret boss and is playable in the home versions of the game.

Fatal Fury Special has been released on several different consoles, all with slight differences here and there. Here is a complete list of all the different systems it was released for:

If you are looking for a brief guide to learning Fatal Fury Special, check out this very helpful guide made by Universal-Quantifier. Much of the wiki would also not be quite as complete without his help in compiling this info. 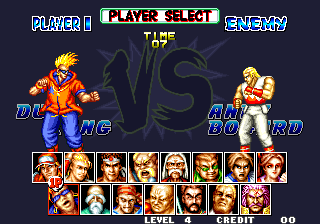 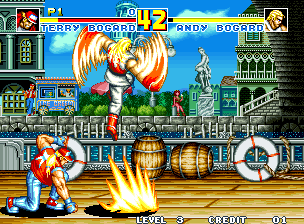 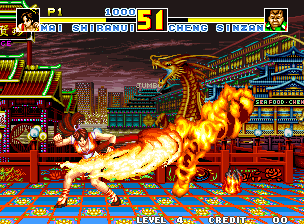