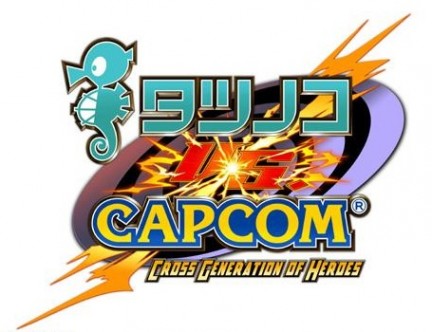 Tatsunoko vs Capcom is the latest Capcom fighter in the V.S. (versus) series (and it's been a long time!). People that are familiar with the Marvel vs Capcom (and 2) series should feel right at home with this port. Instead of the Capcom team fighting against good old Marvel, they're fighting the Tatsunoko side. This installment of the Versus Series reintroduces super jumping, air combos, advanced guard, and a new way to extend combos, called Baroques.

Since the main menu is in Japanese, it can be frustrating to figure out what mode you're picking. Thanks to MarkMan from the TvC Thread, he has translated the menu:

This is in order. When you hit the start button at the title screen, you are highlighting Arcade Mode.

Similar to Marvel V.S. Capcom 2, the more times you play Arcade Mode, Original (Mini) Game Mode, Survival Mode, or Time Attack Mode, the more points you earn. Thanks to pyrestrike from the TvC Thread, he translated the information in Shop Mode, the symbols and colors:

There are four Hidden Characters/Wii Exclusive Characters. They are:

Thanks to Ministry from the TvC Thread, we now know how to unlock them:

Thanks to Keits for the information, this chart shows how much health each character has based on using Alex's Hyper Bomb (360+AB):

With your arcade stick/controller pad, tap down, then quickly tap up to do a super jump. Everyone has this ability.

After a regular jump (tap up) or super jump (tap down, then quickly tap up), you can do a second jump by tapping up on your arcade stick/controller pad.

While blocking, tap all three attack buttons (A+B+C) at the same time. Your enemy will be pushed back from you. This removes block stun and gives you some space to attack/escape. You can also avoid chip damage (or while blocking a special or super, you receive tiny damage) by doing Advance Guard.

Just like all the other Marvel versus Capcom series, this feature lets you switch out your current character with your partner. Simply tapping Back+P (Partner button) will get your partner out. Your partner will tag in with a hit and do a one second pose with some speech or grunting. However, if you tag out and your enemy blocks or misses your enemy, it can leave you open for your enemy to hit you. You cannot block for the one second that you are out, so be careful when you tag out. Also, Tagging helps out your other partner because whatever is red on their health bar can be restored as long as they are not tagged back to the fight. However, you cannot simply "tag around," because once you switch to your partner, there is a 5-6 second delay before your partner's portrait appears (the portrait will be static like a T.V. when they are either dead or tagged out). Once their face appears, it will say "Assist O.K." and the healing process begins. If your partner dies, you are alone, and your partner's portrait stays static. Note: When picking Gold Lightan or PTX-40A, you cannot pick another character.

You can switch your character with your partner before the match begins. As they taunt, before the screen flashes "Ready" and "Fight," tap on the arcade stick/controller P, and your partner will switch places.

In order to activate Baroque, you have to have some red bar in your life bar. Once you do, you can activate Baroque by simply pressing A/B/C+P (you'll know you've activated it because you'll look like a rainbow). Baroque is unique because it gives you the ability to extend moves and combos to deal more damage. It also gives you the ability to chain supers that may not be possible or very difficult to do normally. The more red bar you have in your health bar, the more damage you will do in Baroque mode. However, you have to be in a middle of a normal/special move to activate it. It is advised to use Baroque within a combo. For example, a Ryu combo with Baroque thrown in may look like this: s.A -> c.A -> s.B -> c.B -> s.C -> F+C -> A+P (Baroque) -> dash (tap F two times) -> s.A -> c.A -> s.B -> c.B -> s.C -> F+C -> QCB+A xx QCF+AB. The only drawback is once you activate Baroque, you lose your red bar, which means you lose your "potential" amount of returned health.

During an air combo, you can switch your current character out with your partner, and continue your air combo. This is done by doing QCF+P. Variable Air Raid uses one super bar.

Mega Crash will be familiar to those that have played the Guilty Gear series, BlazBlue, or Arcana Heart. What this does is gets you out of tough situations, such as long blocking, or long combos, or getting out of supers. You simply hit all four buttons at the same time (A+B+C+P). Mega Crash will push the enemy back, giving you some room to think of your next move. However, there are a few draw backs. First, you have to have two super meters. Second, every time you use Mega Crash, it takes some of your life away. However, if you are using it to gain the ability to use Baroque, that may lead to some interesting set-ups.

Launching is done by tapping downwards and forward (DF)+C. Every character in this game has a launcher. The launcher leads into air combos (by tapping up).

To do a Variable Combination/Double Team Super, choose your super, followed by tapping P during the super animation or "flash". For example, your team is Ryu/Karas. Do Ryu's QCF+AB super, then tap P during Ryu's super animation to get Karas to join in to do his super. Variable Combination/Double Team Super uses three super bars.

Similar to Marvel V.S. Capcom 2, you use your current characters super, followed by inputting your choice on your partners super. For example, your team is Ryu/Chun-Li. Do Ryu's QCF+AB super, then input Chun-Li's QCF+AB super during Ryu's super. Ryu's super gets interrupted, and Chun-Li continues with her super.