Marvel Super Heroes is the second installment of the Marvel series.
Released in late 1995, featuring a unique gem power-up system and massive changes to the system's combo engine. 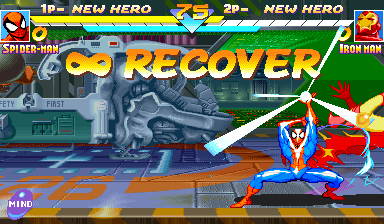 Starting a skeletal outline so anyone with something to contribute doesn't have to --JedahsMinistry 01:31, 24 November 2007 (UTC)