+Meterless damage Is extremely high on a good opening

-Has a very hard time getting in

(Arcade) Press and hold start(At the Press start screen where it displays the number of credits), move to the random box and enter either of the following

Any Normal not on the page is copied from Akuma,Just assume they have the same properties/Startup/hitboxes for the most part Just with most moves doing 1 or 2 stun instead of regular values.

Its also Worth noting that dan cannot rapid fire his cr.lk Or his St.lp But he can still Rapid cr.lp. 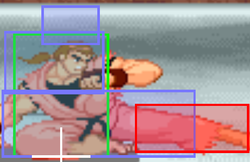 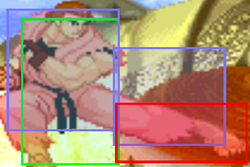 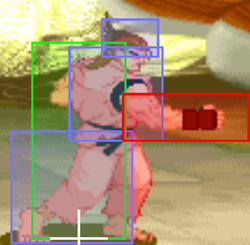 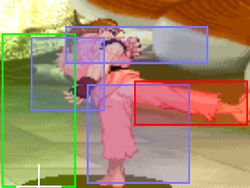 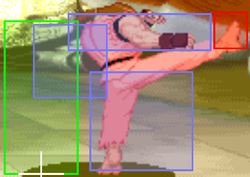 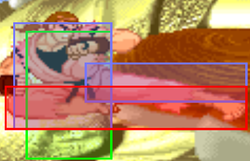 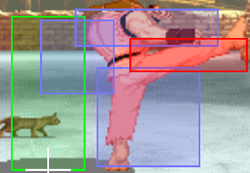 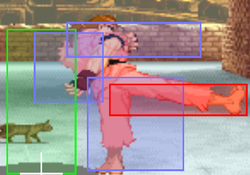 Crouch HK (Sweep): A sweep that hits VERY far away. This will push them to the corner very fast, while making it quite obvious if they are going to roll. Of course the bad things, Dan does not punish rolls very hard in general. So in most circumstances, you are forced to..... Just sweep again.

Crouch HP: Like the crouching HP of all shotos in Alpha 1. It has a terrible amount of priority in this game. 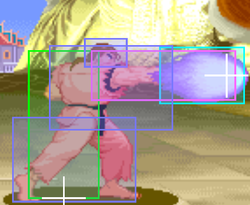 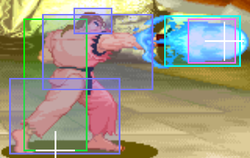 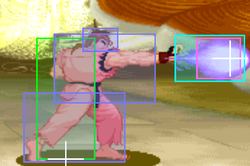 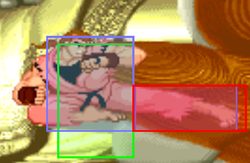 Jump HP/HK, 2+HK Dan is most likely gonna have a hard time landing a deep jump in straight out. And he does chain well, so you will probably have to stick with basics on many occasions.

Lvl.1 Hissoh Buraiken, Lvl.2 Koryu Rekka Not terribly realistic. But if you hit a level 1, and a bit more damage will kill, AND you have the meter. It's there.

Something~ 2+HP, QCB+HK Dan's great equalizer. Jump in attack, 2+HP, or a cross up, to 2+LP, 2+HP, this combo hurts a lot. The only other "normal" combo that does more is Ken comboing something to hard punch DP. This combo is a good bet to realistically do 40%-50% depending oh what you start with every time. You can also tack on a DP super in the corner. However it is roll-able. And unlike other shotos Dan's DP super does NOT catch rolls. It also does not have the extreme random factor that Ken's DP combos have. But it is still very powerful.

Although not as weak as other incarnations of his characters, dans orginal form does have some drawbacks.

-Very limited chain combo wise. -Comparatively weak DP.(Granted realistically when done deep it will beat everything. But compared to other anti airs in the game, it can not be done lackadaisically) -Combos do not bait rolls well, nor does he punish rolls well. A bad combination.

However Dan possesses arguably the second most powerful "regular" combo in the game. Knowing this, Dan can try and get by with the thought of even though knowingly being a low tier character Dan potentially punishes much harder then almost every other character in the game. Dan can try and play slow and steady trying to work his way in, playing safe and looking for opportunities to combo into hurricane kick. The problem with this is, dan has a hard time forcing himself on the opponent. Whats worse, many times by the time you finally have worked your way the opponent has built a bar to alpha counter you back across the screen. Whatever the case, theres a good chance if you want to win with dan, your going to need to look for ways of landing this combo. Some normal ways would be. Dans cross up has a lot of hang time like charlies in this game, so after a easy ambiguous cross up. You can also choose to alpha counter very early as dans alpha counter is very quick to negate push back, and then use that to get in faster then normal to punish with a 2+lp, 2+hp, hurricane kick. You can also punish rolls with with a stand lk, then go into it. Unfortunately for dan, many of his combos do not set up for roll punishing easily. Whats worse, this must be done very close to the opponent, and its very easy to miss. So in more cases then not you are forced to punish with something small.

With dan you may be forced to use a good amount of 50/50 in general. Although hurricane kick is safe mid screen. But if you start using it in the corner you will not be able to jump a throw. So basically you must make the opponent wary of random dp/super to beat the throw. And allow you to get away with some freebies. You may also find your self falling into this sort of though after jump lks, which you will probably be using a lot to try and get in randomly. After the lk your usually safe, to a fast attack, but not the throw. Again this where the thought of you punish them much harder then they punish you might come into play. Leaning more to the side of DP. Even if the dp is punished. Chances are again, there sweep after being pushed back from the dp will not hurt as bad as once you finally hit them with a duck hp to hurricane kick.