X-Men vs Street Fighter is Capcom's first official entrance to a versus game following the release of X-Men: Children of the Atom and Marvel Super Heroes. The game was first release in the arcade in 1996 with console versions that followed in 1997 and 1998. The arcade revision versions have many infinites removed, skewing the overall balance of the game. 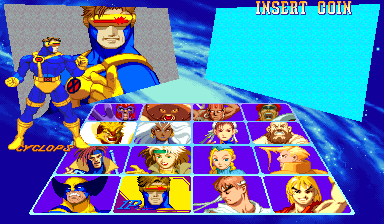