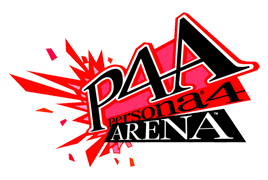 In an unprecedented change in genres, the characters from the popular Role-Playing Game franchise of "Persona" have crossed-over into the realm of the Figthing Game. In a direct sequel to Persona 4, the characters from Persona 4 and Persona 3 show up and find themselves in a tournament airing on the TV world of the Midnight Channel and they began battling it out with the aid of their Personas.

If you are new to Persona coming from previous Fighting Games, there can definitely be some awkwardness when it comes to the button configuration and layout. If you are looking for alternate button layouts, please refer to this page which discusses all sorts of alternate options and their pros and cons.

Persona 4 Arena has a plethora of Game Mechanics ranging from Bursts to Perfect Guard to Fatal Counters. Keeping all of these mechanics straight can be confusing, so keep an eye on this section for updates to add information about all of the various Game Mechanics in the game to help you become a true master of everything possible.