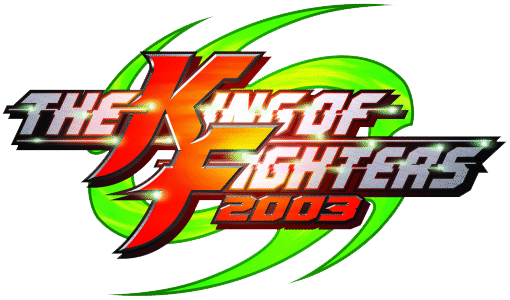 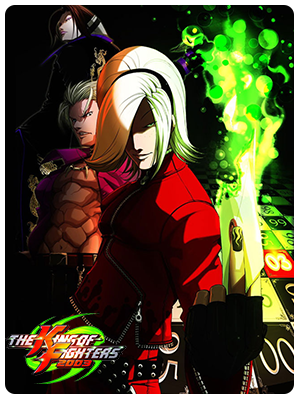 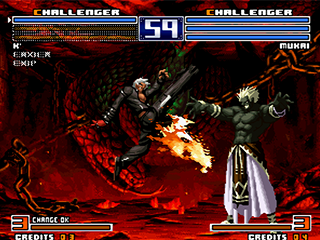 The dawn of a new chapter in the King of Fighters legacy and the 3rd saga for the famous SNK fighting series. King of Fighters 2003 was developed in-house by SNK-Playmore (unlike King of Fighters 2001 and 2002, which were done by EOLITH Co.). The game marked the beginning of the new saga, the Neo-Orochi saga, and featured the biggest gameplay tweak in the history of the series. For the first time ever, KoF matches were governed not by team competitions of one-on-one fights, but rather 3-on-3 tag matches (though, the home version of KoF 2003 did feature the traditional 3-on-3 team matches as well as singles fights). Finally players could freely swap between their team's characters on the fly and even perform tag combos (as well as designate a leader whom would be able to perform a super move that is exclusive to the team leader). This gameplay element would also be found in The King of Fighters XI and appears to be the new standard of team gameplay in the KoF series.

The fighting competition of the highest standards, on the greatest scale in the world - "The King of Fighters." Here on this stage Rugal was defeated, the Orochi were contained and sealed away, and the mighty conglomerate NESTS was taken down. A myriad of unfolding dramas. Yet these were always hidden behind some sort of thick veil or other, remaining out of the public eye. Even with such a checkered history, the opening of this year's King of Fighters was decided on. The sponsor of the competition was, yet again, a mysterious personage, and owing to the circumstances, various suppositions traveled through assorted lands like wildfire. But in spite of all the hubbub, one veteran contestant after another made their intentions to enter the competition known. Upon verification that numerous well-known fighters had entered the competition, the heretofore discreet media coverage of the event shifted into 24/7 overdrive. With the announcement of the inception from this KOF tournament of the new "multi-shift" rule, allowing competitors to freely tag off during battles, the competition developed into a social phenomenon and monopolized discussions around the world. Newspapers and magazines put together feature articles almost on a weekly basis while ersatz critics pounded their desks and made impassioned commentary on TV day after day about this rule, which simultaneously required a speedy execution of the match and a unified team strategy. "There is still an awesome bunch of fearsome contestants in this world." Gato, Tizoc, Duo Lon, Shen Woo...and Ash Crimson. What made their names more and more familiar via the Internet was, without doubt, this moment of uproar concerning the present KOF. Will these contestants be able to become the new stars capable of shaking up the KOF tournament, or maybe...?

And during these crazy days, the preparations steadily went along. The venues of local competitions were determined, the schedules were completed, and the spectators moved from one location of the preliminary matches to another. To create the atmosphere of a true street fight, venues were established in city centers, the events of the competition were broadcasted live on giant screens, and various stadiums scaled to hold tens of thousands of people were procured in cities throughout the world during the period of the tournament.

December, 2003. The time has come. This year, the curtain rises once again.