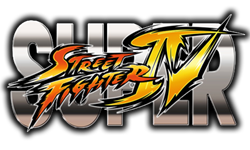 So that was Jumping on the way up. Now, how about on the way down? This is where the discussion of a concept known as "Trip Guard" comes into play. It's a term that has been used since the very first Street Fighter II, and has played an important role in Street Fighter games since then. It's basically the concept of being able to Block any moves upon landing, most notably Sweeps (thus the term "Trip" Guard).

In the old school games of the Street Fighter II series, Trip Guard was not possible. The opponent could always hit you the first frame you landed from a Jump. Later on, in the Street Fighter Alpha Series, for example, they added Trip Guard and allowed the character to always Block attacks the instant they landed.

However, in Super Street Fighter IV, it's not as simple as just saying if Trip Guard exists or not. It's actually a little more complicated now and more beneficial to study the Frame Data of a Jump upon landing.

Just like how there are four Pre-Jump Frames at the start of the Jump, every character has four "Landing Frames" when they land from a Jump. However, how these four frames behave really depends on one factor: whether or not you perform a Normal Move during your Jump.

However, you are allowed to cancel all four Landing Frames with pretty much anything else if you do not perform any Normal Moves during your Jump. Special Moves, Super Combos, Focus Attacks, Throws, and even Normal Moves can all be performed the instant you land. And most importantly, you can Block during the Landing Frames. That means if you do not press a button in the air, you cannot be punished when landing from a Jump even if the opponent makes you land into their attack.

So what happens if you do perform a Normal Move in the air? If you do, the first two of the four Landing Frames are actual, genuine delay frames. You cannot do anything during these two frames, not even Block (though you can Tech Throws, still, as mentioned earlier). Thus, opponents can punish you upon landing. However, the last two Landing Frames grant you the ability to Block, you still cannot perform a Special Move or a Super Combo or anything during those two frames.

With regards to performing Special Moves or Super Combos or Ultra Combos in the air, Landing Frames are technically ignored. Once you perform a Special Move, Super, or Ultra in the air, those moves come with their own delay frames that is unique and specific to that move.

There must be something said about being able to do anything on the first Landing Frame of an Empty Jump (Empty Jump being a Jump where you don't perform any moves in the air). This sounds really useful, especially being able to do Supers and Ultras the instant you land. But you'll find in practice that, oftentimes, when you try to perform one of these the instant you land, you lose out to your opponent's attacks a lot... even though you didn't do a Normal Move in the air at all!

There actually is a reason for this. Most of the time, especially in a game like Street Fighter IV where the Input Window for most actions is so large, our natural tendencies is to press buttons early. For example, while getting up from the floor, we know we can start hitting the buttons for the Special Move before we actually get up and still get the Reversal.

So when trying to perform a Special Move right when you land from an Empty Jump, we tend to do the motion for the move and start hammering on the button to do the Special Move... before we land. So let's think about this carefully. What happens when we do this? What you don't actually see happens is that, because you press the button for the Special Move right before you land, you actually activated a Normal Move in the air! That means, even though the Jumping Normal Attack only comes out for 1 or 2 frames before you land, the Landing Frames behave as if you did a Normal Move and not as if you performed an Empty Jump! So now you have two true delay frames at the instant you landed.

In other words, to actually perform a Special Move or Focus Attack or Super Combo or whatever the instant you land from an Empty Jump, you have to be frame perfect with your timing and press the button(s) the very frame you land. Any earlier, even by one tiny frame, and you give yourself two delay frames upon landing.