The logo of NeoGeo Battle Coliseum.

NeoGeo Battle Coliseum, released in 2005, is SNK-Playmore's counterpart to Capcom's Capcom Fighting Evolution. Boasting a massive roster of over forty characters, SNK combined numerous fighters from their various fighting universes (and even some new characters and non-fighting game characters), making NeoGeo Battle Coliseum the super-clash that SNK fans have been waiting for. Featuring a unique tag-team gameplay system and a special timer that takes the place of the traditional "ladder", Battle Coliseum is a refreshing fighting game in a time where SNK-Playmore seemed to be running out of ideas. 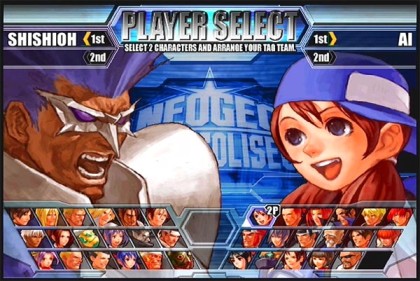 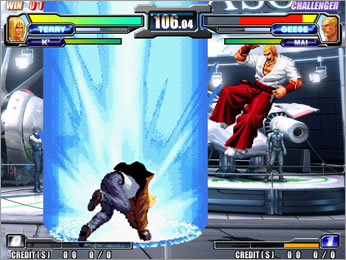 *The message "D-Assault OK" must appear above your stock gauge before you can activate a D-Assault.

These specific moves allow you to juggle the opponent at any point their feet are off the ground, be it from a reset situation, a two-in-one anti-air, a sweep, etc. Not all characters have an Ultimate Juggle.

Below is the list of characters and their Ultimate Juggle move (if applicable):

Please note this tier list may not be up-to-date.