Released in arcades in 2004, Capcom Fighting Evolution is Capcom's latest 2D fighting game. With a roster of over 20 characters, Capcom has combined various characters from a variety of their fighting games to create a "dream match" game. Evolution introduces a unique team system where the player gets to choose which fighter they want to use in the next round out of their team of two. The individual characters each represent one of five styles and they all come equipped with unique abilities (so the characters representing Street Fighter II use single-stock super bars whereas the Street Fighter III characters use a two-stock Art bar and have the ability to parry). 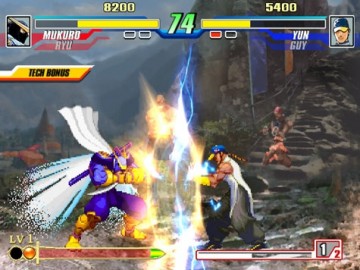 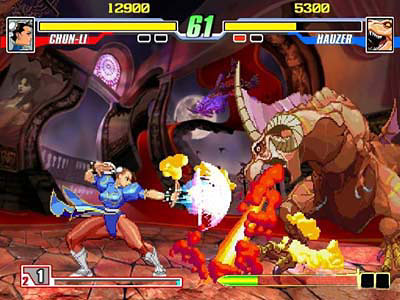 NOTE: This is an actual match-up chart, which is just going to list the characters by number of favorable matches under Win/Lose/Draw taken from Psychochronic's Capcom Fighting Evolution Breakdown FAQ located at Gamefaqs. Does not include Pyron and Shin Akuma.