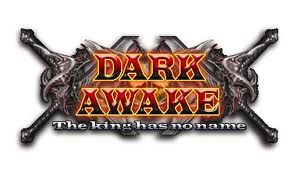 Chaos Breaker is a team-based 2D fighting game released in arcades in 2004. Coming to PSN, summer 2010 as Dark Awake.

Directional command notation is as follows:

Note: These numbers can be easily referenced by looking at your keyboard "numpad". Think of it as a joystick/controller that is facing to the right. "5" is used to signify "neutral".

4D or 6D, while near opponent.

Any attack button, just before hitting the ground.

There are two types of burst-cancels in the game.

Officially known as "Sword Impact Reaction" (SIR), deflection (or "clashing") is a core aspect of Chaos Breaker gameplay and is often compared to the Parry System from Street Fighter III. While there are certainly similarities between the two, clashing and parrying differ in a number of ways.

These are the types of clashes that are usually compared to parries. Both the forward dash and the backdash of every character contains clash frames, which can be used to stop all attacks that hit above a character's knees.

Both types of dashes will be stopped by attacks that hit below the knees, but this should not be misinterpreted as being only low attacks.

It is possible to fully negate certain Mana Bursts by dash-clashing multiple times in rapid succession. Some of these include (but are not limited to):

Some supers cannot be stopped this way because they consist of more than one projectile.

Clashing with a projectile will freeze the player and the projectile in place, but this will not stop your opponent or other projectiles from moving. This is why certain Mana Bursts cannot be clashed successfully and why Nagar's 236X>6X>236X chain is so dangerous.

Similar to the clash system in Guilty Gear, King of Fighters XII, or the old Art of Fighting games, weapon clashes are the act of cancelling out an attack with one of your own. Any attack, no matter how strong it is, can be used in a weapon clash, so long as it is clashable and the attack hitboxes overlap.

As it is impossible to air-dash, one cannot clash attacks in the air by dashing. Stopping an attack in the air must be performed with a weapon clash. The same also applies to attacks that hit below the knees.

Aside from counter-hits, Chaos Breaker has a few other unique special effects that can occur on hit.

Hit opponent during the startup of their attack

Effect caused by certain items. Random chance when getting hit, outside of combos

There are 3 basic types of damage in Chaos Breaker: physical, magical, and mixed. Certain characters have normals that inflict mixed damage, rather than simply physical damage but for the most part, magic or mixed damage comes from special moves or Mana Bursts.

As you can see from the table, Troll and GerhardsenII have the highest physical defense, but they also have the weakest magical defense. Fina and Zon are the exact opposite, with low physical and high magical defense. These specific types of damage resistance are very important in matchups, so it's a good idea to learn which characters are most affected by what.

On the character select screen you can select from 18 characters and 32 items. Your team must have at least 1 character and 1 item. You then have two free slots, of which you may fill with either another character or another item. (This is changed in the console version.) 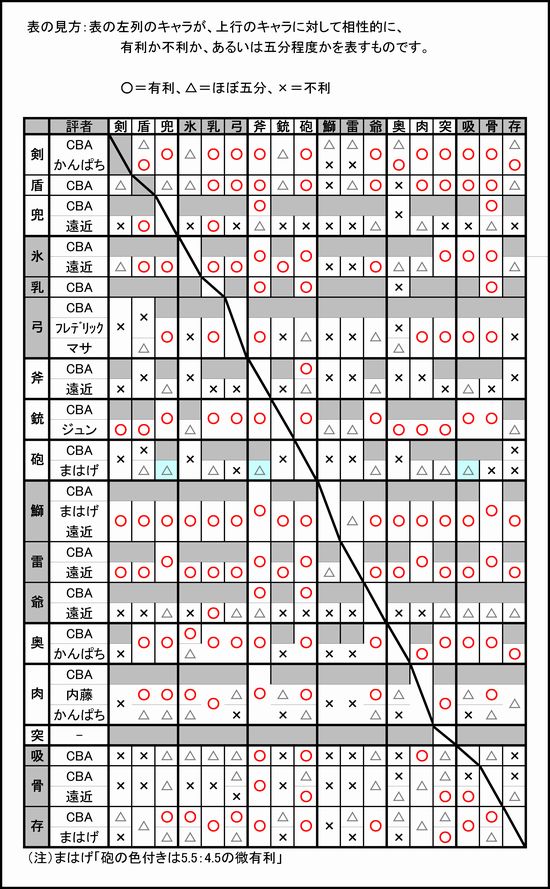 Tier lists for Chaos Breaker often list the characters by nicknames devised by the Japanese community, rather than katakana versions of their actual names.

These are not "official" tier rankings, but they're the closest I could manage given my limited knowledge of Japanese and the incomplete nature of the chart. I would assume that the multiple listings by character that include "CBA" have something to do with Item selection, but I cannot actually say for certain at this time. This list is more for the sake of amusement than posterity.