Released in 2004, "The King of Fighters Neowave" represented a major shift for SNK's direction as far as game development goes. For well over a decade, SNK had been developing on their own, time-tested NeoGeo MVS/AES hardware; far and away the longest any company has stood by and developed for a specific game system. Even their previous King of Fighters title ("The King of Fighters 2003") had been developed for the NeoGeo system. The King of Fighters Neowave was the game that would break the cycle of NeoGeo-developed software. SNK-Playmore developed this KoF title for the "Atomiswave" (AW.net) platform, a new arcade system that allowed for higher resolution graphics and improved processing (though, SNK did insist on porting their classic NeoGeo-era sprites into the new game, despite the possibility of cleaned-up graphics). Neowave is the inagural title for SNK's line of new, AW.net-developed games (which also includes NeoGeo Battle Coliseum, The King of Fighters XI, and Samurai Shodown Tenka). Neowave brings together a "dream match" roster (meaning that the characters in the game are not restricted to being canon with an ongoing storyline and can come from any period in the King of Fighters lineage), which is heavily based on KoF 2002's roster (as are a majority of the gameplay mechanics). SNK did introduce some new features to the game over KoF 2002. A "heat" mode allows the player to increase the attack power of their character at the expense of a decreasing health bar. The game also features a "groove" system similar to that of Capcom VS SNK 2 (allowing the player to choose between three different super bar styles and other gameplay sub-systems). 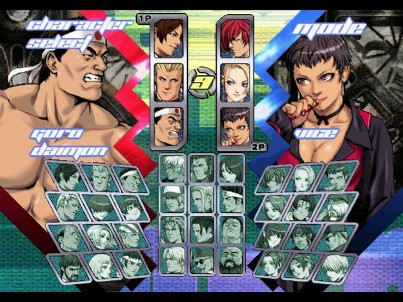 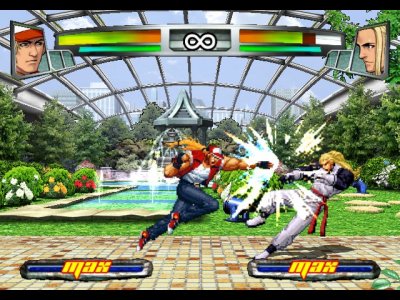 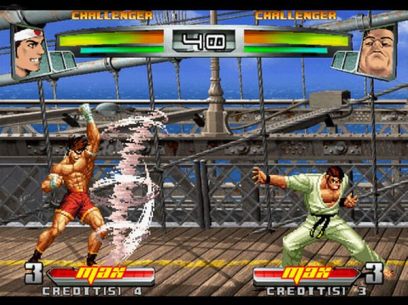 Refer to the The King of Fighters 2002 section for combos and move lists, since almost every character is basically unchanged from there. Differences, if any, will be posted here when I find them. -no9176