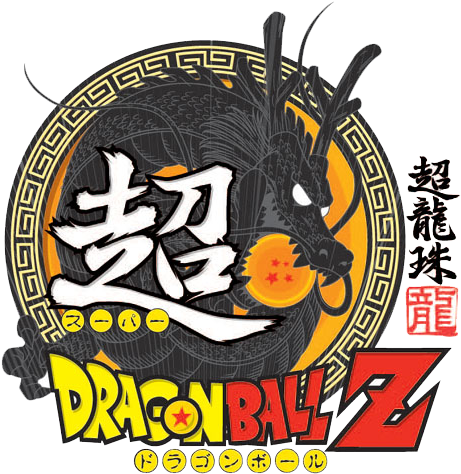 The game uses 4 buttons, the default configuration is:

SDBZ uses an 8-way run system. Here is the universal notation for each direction. The number system was derived from the numeric keypad on any standard computer keyboard.

From Sprawlers from Gamefaqs (thanks kid):Special/Super Move Properties Special/Super moves end up being unique to characters. Here’s a description of each type: Note: The way I categorize these are in no way official.

Rapid Fire (at will) Projectiles: Some characters have projectile moves, where if you tap the attack button after doing a projectile special move, the character will fire more projectiles. There is a limit to how many projectiles you can fire. Such examples include Vegeta’s lucora gun.

Rapid Fire Projectiles: There are characters that, when the special move is executed, automatically fire a certain number of projectiles. Examples include Freeza’s flex laser, Cell’s interruptor, and Vegeta’s G Slicer.

Force Field Projectiles: There are certain projectiles that, after exploding after making contact with something and/or exploding after reaching a certain distance, they make a spherical explosion that lasts for a short amount of time. The main purpose of these moves are to disperse any incoming projectiles, and therefore naturally have priority over nearly every projectile in the game. They can be used for comboing as well.

Chargable Multi Hitting Projectiles: Some of the multi hitting projectiles can be charged. When charged, they are longer, and end up dealing more hits and damage.

Chargable Unblockable Projectiles: Some projectile attacks can be charged to the point where they become unblockable. When performing the attack, just hold the attack button until the character fires. They deal higher damage as well. Piccolo’s special beam cannon and Krillin’s destructo disc are examples.

Tracking Projectiles: There are projectiles moves that home in on your opponent. Details on using them are shown in the command list.

Assault Physical Moves: Some special moves are physical attacks. Whether they are single or multi hitting attacks, they’re just a motion unique to the character.

Assault Multi Hitting (at will) Attacks: Some attacks require that you tap the attack button to do more hits with the special move. An example would be the flipping slash that Trunks and Ultimate Gohan have.

Assault Multi Hitting (if the hits connect) Attacks: There are special/super moves that if at least one of the hits connects, whether the opponent is blocking or not, the character will execute the full special move. For example, if any of the first three punches of Vegeta’s assault rush do not touch an opponent, he will not finish with the kicks.

Chargable Physical Attacks: Some attacks (like the last H in Vegeta’s HHH) can be charged just by holding the attack button. Doing so results in more damage, and longer length of block stun time, should they be blocked.

Command Throws: There are special moves that if they connect on an opponent, blocking or not, they get grabbed and thrown in some sort of way. These moves in general tend to be slow. An example would be Piccolo’s demon fist

From Sprawlers (gamefaqs): Rapid Input Supers: When performing some supers, you can get more damage by tapping the attack buttons as fast as you can. This applies to most level 3 supers, and some level 1 supers. Examples include Gohan’s Super Kamehameha, Vegeta’s Final Flash, and Piccolo/Piccolo Daimao’s Maou Rebirth Ranbu.

Transformation Supers: A transformation super is simply any super that enhances your character. On the most part, they are explained, but since two aren’t I’ll explain them:

Super Saiyan -Can be done by Goku, Gohan, Trunks and Vegeta -While transforming, you have priority over anything -The moment you transform, anyone really close to you will get hit -After you transform, you’re bait to any physical attack, invulnerable to any ki attack. Lasts until your character gets into a fighting stance -Attack power improves by one point -Ki attacks are not only bigger, they deal more damage and contain more hits (however, inherited ki moves do not get enhanced)

Energy Charge -Only usable by Gohan -Doing the command with L will increase your attack power, H will greatly improve your sidestepping and flying speed

Dragon Finisher: Exclusive only to Goku, Gohan, Freeza, Cell, Vegeta and Majin Vegeta. Considered a level 1 super move. It is a weak dash attack with the priority of a super. If it connects, a cutscene of the character finishing off his opponent is shown. To get one, beat arcade mode without using a retry, and wish for it from the dragon.

Stun Attacks Certain attacks, if they connect, will stun your opponent. Krillin’s solar flare is an example

System skills add more to the basic/advanced mechanics, so I’ll explain them here:

Energy Drain You gain a small amount of super for each ki blast that you parry. Useful in conjunction with the switch guard skill.

Omega Charge When health drops below 35%, atk power rises by 40%, def power by 30%, but guard is disabled. I strongly advise you do not get this skill. There are much better choices available. Plus, losing your ability to guard is suicide, since most characters can easily deal high damage if they land any of their starters. This skill is the same as Assault Style.

Dragon Heart Action gauge recovery increases. Good when developing your character, but once you can inherit skills, don’t bother with this. This skill is the same as Rapid Movement Recovery.

Dragon Frenzy Super gauge rises faster than usual when your hits are blocked or if they connect. Good when developing your character, but once you can inherit, forget about this. A version of Ultimate Gauge Upgrade grants the same bonuses.

Dragon Rage When hit by attacks, your ultimate gauge rises faster than normal. Good to have when you’re developing your character, but leave this in the dust when you can inherit. A version of Ultimate Gauge Upgrade yields the same effects.

Dragon Vitality Start with an additional bar of action. This actually can be useful enough to be used over skills you can inherit, but I wouldn’t count on it. This skill is analogous to Movement Up.

Dragon Soul Start with an additional bar of super gauge when the match begins. Not worth it. There is a version of Ultimate Gauge Upgrade with the same effects.

Super Cancel A useful skill, you can cancel a special move into a super, and a super into a different super. This is certainly one of the best system skills available.

ATK up Attacks deal an additional point of damage. Certainly a skill worth having.

Switch Guard While blocking ki attacks, you can actually perform the ki blast parry. Very useful in conjunction with the energy drain skill.

Armor Strike While performing the dash attack, your character can withstand one hit without getting knocked down. This is a solid skill, putting you in an offencive and defencive position.

Shield Sprint While performing any of the homing dash attacks, your character can withstand one ki blast without getting knocked down. I do not find this skill all too useful, since people who fight with projectiles usually use projectiles that deal a minimum of two hits.

Wall Smash Basically, any move that knocks your opponent off of their feet (no longer has to be a heavy homing dash attack) can lead into a wall stun. This is also one of the top skills of the game.

Weight Increase Your character becomes heavier. This has two effects: -Your character drops down faster (thus making it harder to get hit by aerial combos) -Your character’s sidestepping/flying speed decreases (thus making it easier to get hit by projectiles and any moves that have tracking) Now, it does say its harder to do aerial based combos. However, I’ve actually found it easier to connect combos on weight increased characters. Be careful with this system skill.

Ground Speed Up Your speed while moving on the ground (not dashing) increases. This system skill is very useful, because you can sidestep projectiles and attacks with tracking much more easily. For example, with my ground speed upped Trunks, I can sidestep plainly and still avoid #17, #18 and Videl’s command throws. Definitely make use of this.

Enhanced Force When health drops to 35% or below, your character’s atk and def beef up by 10%. There usually are betters skills to select.

Senzu Bean When all health is gone, your character will recover. The amount of health recovered depends on the super gauge built. I don’t recommend this. Even though it is a second chance, your opponent easily has time to set up a throw or a cross-up.

Infinite Rage When health drops below 35%, super gauge builds much faster. I think this is a good skill, but its usually passed up by others skills that will stay handy for the whole fight.

If you guys have any fighting game terms you know, please explain them. Things like mix-ups, zoning, cross-ups, locking, etc. Remember that the terms should apply to fighting games in general. I already know many, but I don’t think my explanation would be good enough.

But by now Kuririn should be higher than Chi Chi, and Piccolo should move to S class.